The members of the Mahler Chamber Orchestra (MCO) define themselves as "a nomadic collective of passionate musicians". These 45 musicians spanning 20 different countries were first brought together by Claudio Abbado in 1997. They have continued to play together throughout numerous international tours. The sound of this "free" ensemble is characterised by the chamber music style of ensemble playing among its alert and independent musical personalities and through a unique approach of the classical repertoire. Following its experiences with Claudio Abbado and Daniel Harding, the MCO has developed collaborations with various "artistic partners" such as pianists Mitsuko Uchida and Leif Ove Andsnes, violinist Pekka Kuusisto and conductor Teodor Currentzis.

Leif Ove Andsnes was the first artistic partner appointed by the Mahler Chamber Orchestra in 2012 for the Beethoven Journey, a four-year project with 70 concerts in international venues and a recording of the complete piano concertos for Sony Classical. The Norwegian pianist embarked in 2019 on a second project dedicated to a very fertile and particular period of Mozart's production. Between 1785 and 1786, the composer wrote, among other works, Le Nozze di Figaro and six piano concertos. Over a very short period, Mozart redefined the relationship between the soloist and the orchestra and revolutionised the history of this musical genre.

This all-Mozart programme opens and closes with two of Mozart's best-loved concertos. The one in A major K. 488 stands out for its brilliance and intimate lyricism, the one in C minor K. 491 for its colours and instrumental texture. Mozart's second and last concerto in a minor key has a restless atmosphere reminiscent of Don Giovanni. The orchestration – which uses all richness of the woodwind section – is one of the most refined of the composer's whole production. The Masonic Funeral Music, composed in 1785, is one of the pieces the Vienna Masonic lodge commissioned Mozart to write for its rituals soon after the musician's enrolment. The aria Ch'io mi scordi di te written the following year is dedicated to Nancy Storace, who first sung Susanna in Le Nozze di Figaro.

Mozart's music is closely linked to the soprano Christiane Karg. The soprano made her debut at the Salzburg Festival in 2006 (when she was still a student at the Mozarteum) as Melia in Apollo et Hyacinthus. She has since performed major Mozart roles on some of the leading opera stages, such as the Oper Frankfurt (Susanna in Le Nozze di Figaro) or the Royal Opera House (Pamina in The Magic Flute). 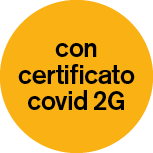