The LAC complex is also accompanied by the spaces recovered from the old convent of the Church of Santa Maria degli Angioli. Sala Refettorio and Capitolare, with frescoes and vaulted ceilings are appreciated for their quiet atmosphere which dialogue with the cloister and provide an excellent space for receptions, gatherings, presentations and outdoor refreshments.

It is the space that best tells the roots of the LAC in the past of its territory, once again in culture and art. This is revealed by the structure of the room, with its vaulted ceiling, which the restoration has carefully preserved, and the French windows that illuminate it profusely and lead it directly to the portico, making it almost one with the cloister.
ts authenticity has also been respected by the discretion of the wiring, which allows the use of audio and video technologies at conferences and meetings. The availability of the nearby Chapter Hall, as a support room, allows the setting up of gala dinners and standing dinners under the portico, which, in the evening, the skilful lighting returns to the suggestions of ancient atmospheres, where time slows down. 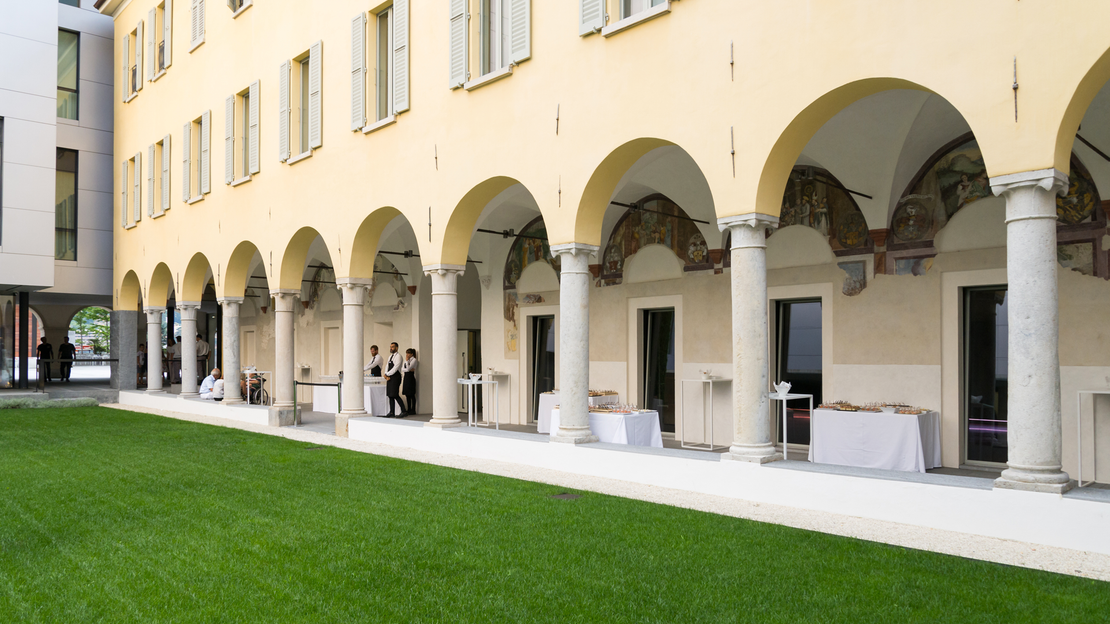 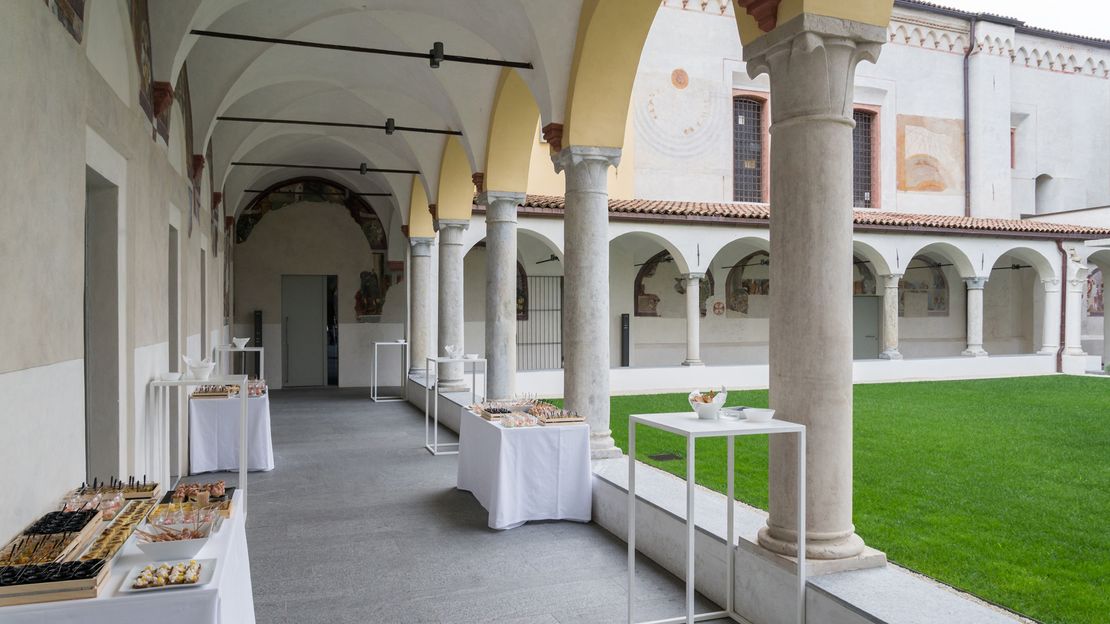 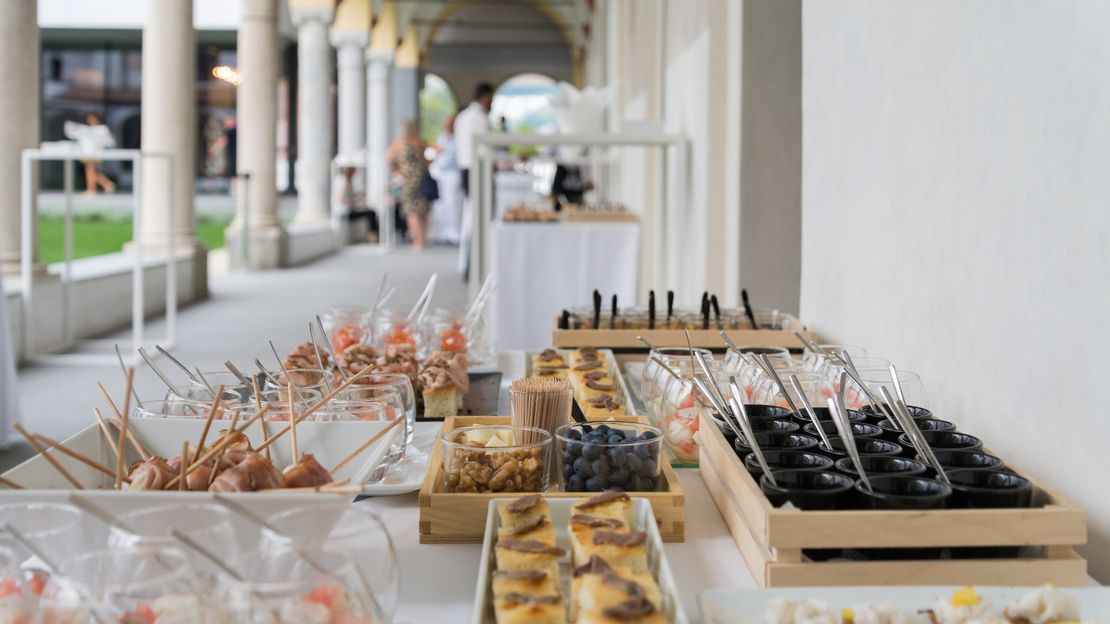 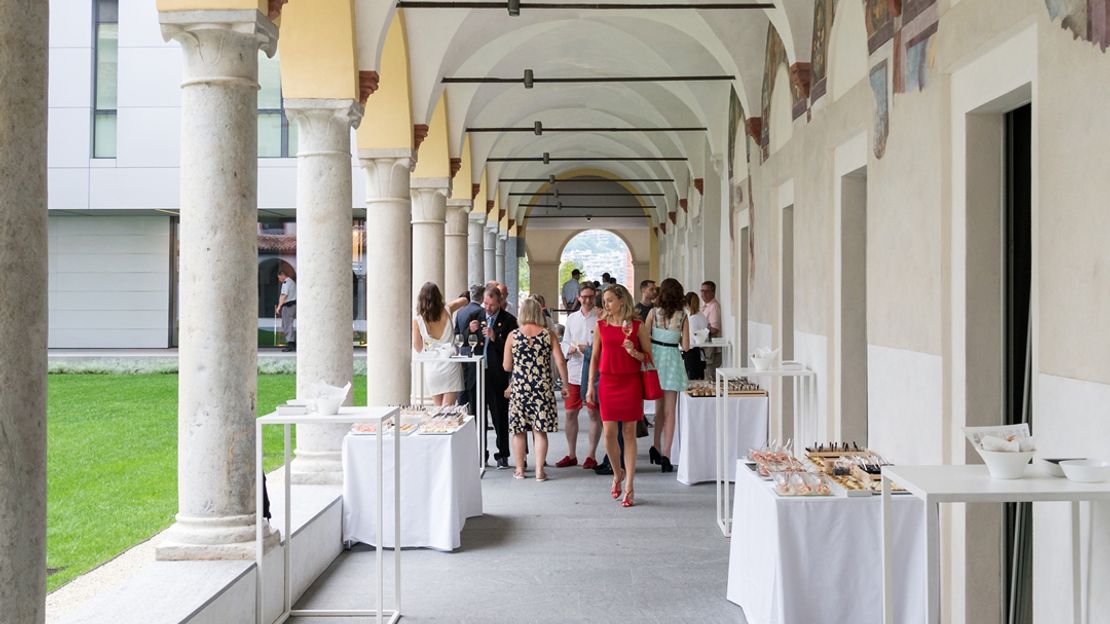 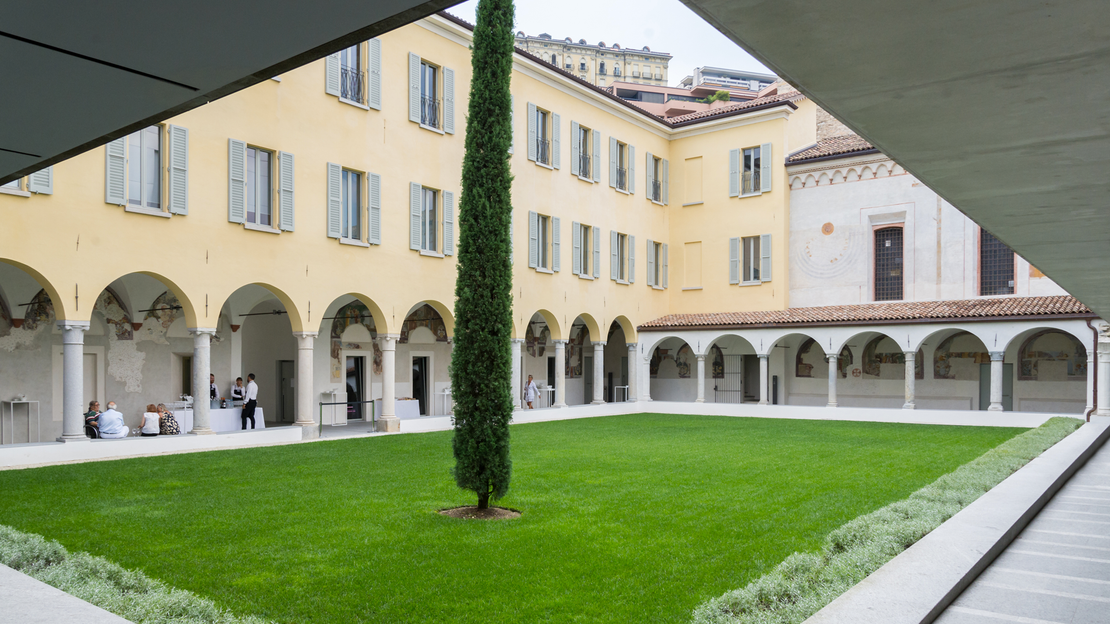 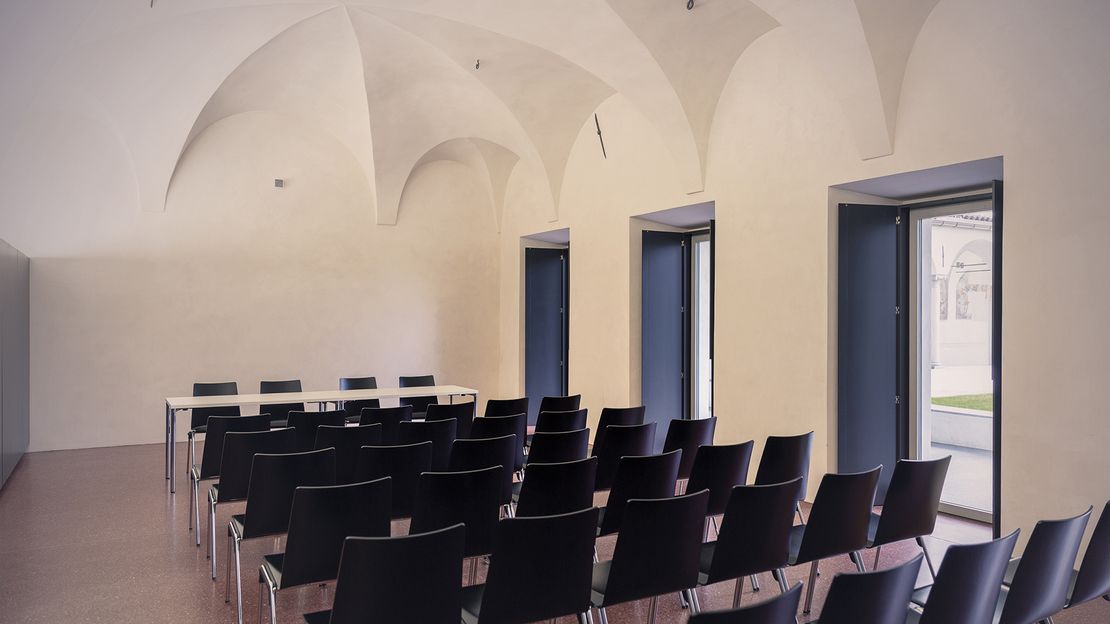 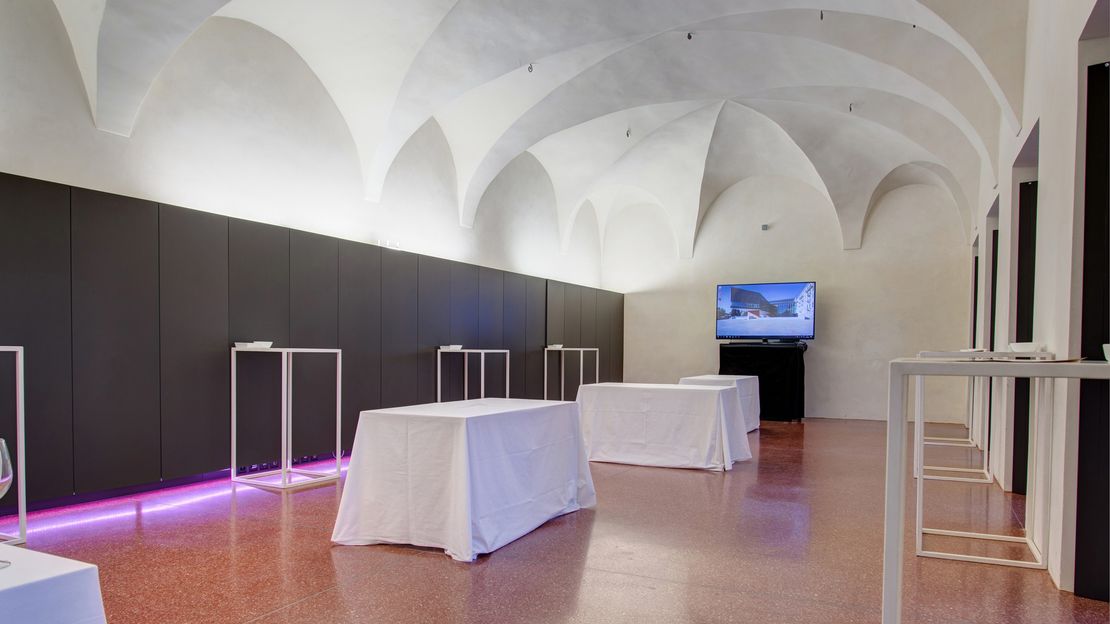 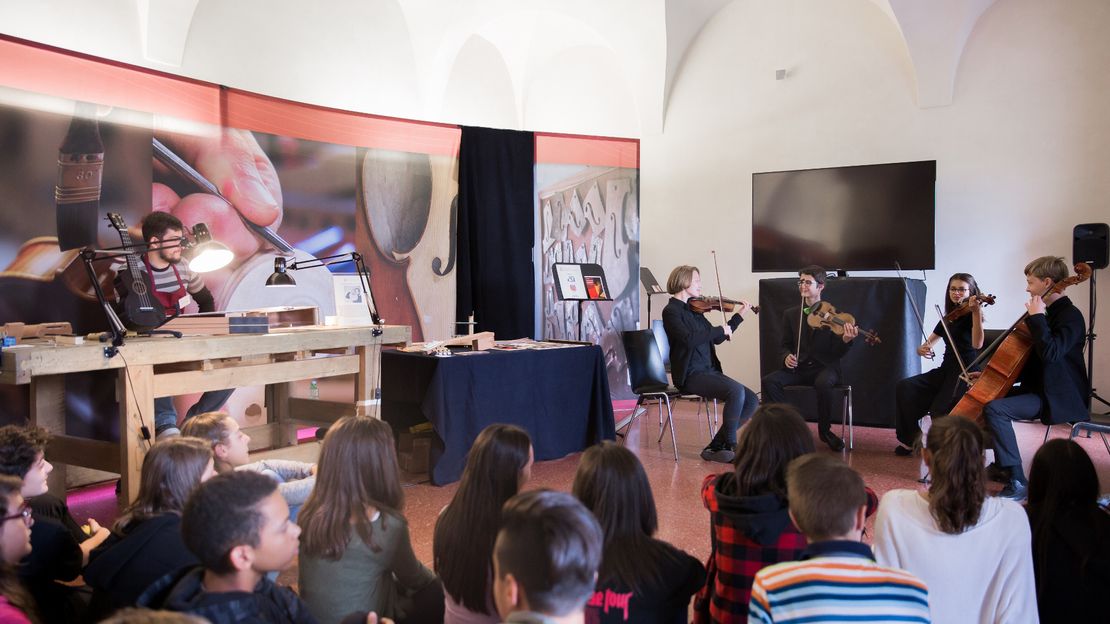 It is a small but bright room, accessible from the cloister, perfectly restored in its historic architecture. Due to its small size, it is normally used as a support room for events organized in the nearby Sala Refettorio, to set up coffee breaks or aperitifs, but also for catering in the case of dinners and refreshments set up in the main hall or, during the summer, under the porch of the cloister.
An integration that makes the offer in the old part of the LAC splendidly easy.